Everything to Know About a DUI in Maryland 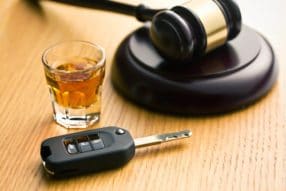 Getting a Glen Burnie DUI is probably something you never thought would happen to you. The night it occurred was likely just like every other night, but this time you were pulled over and an officer believed you were driving while intoxicated. Unfortunately, this one small moment in your life can create effects that last for a long time.

A drunk driving charge is not something you can sweep under the rug and forget about — this is something you’ll need to go to court for and potentially face serious penalties for. Assuming that if you do nothing, it will go away is simply false and dangerous. Knowing what you are facing and what you’ll need to do can help you.

An officer can pull you over if you exhibit behavior that is suspicious of drunk driving. This behavior can include swerving, speeding, driving aggressively, going through a red light and basically anything that goes against the law.

The officer may believe you are driving under the influence if you smell like alcohol, are slurring your words, have the appearance of an intoxicated person or simply act like you’ve had a few too many.

If you are believed to be intoxicated, the officer will ask you to participate in field sobriety tests, such as standing on one foot, saying the alphabet backwards or walking in a line. If the officer thinks you fail to complete these tasks correctly, he will likely ask you to breathe into a machine that measures the amount of alcohol that is on your breath.

Called blood alcohol content, or BAC, this level indicates how much alcohol is in your system. The legal limit in Maryland is .08. If you measure at or above that level, you are considered to be intoxicated and will receive the corresponding charge. If you blow below that level, however, you aren’t automatically assumed to be innocent. Rather, you could still receive a drunk driving charge based on your behavior.

DWI stands for driving while intoxicated, and DUI is short for driving under the influence. The DWI is the lesser charge of the two.

A person who blows under .08 or is found to have consumed enough alcohol to have impaired coordination can receive a DWI. The penalty for your first DWI is 60 days in jail and/or a $500 fine. Subsequent DWI charges can result in one year in jail and/or a $500 fine. You may also receive eight points on your license, and have your license suspended.

A DUI is a top alcohol infraction and is typically given when a driver blows .08 or higher during the breath test. The first time you are charged with a DUI, you face one year in jail and/or a $1,000 fine. For a second offense, you could spend two years in jail and have to pay $2,000. Subsequent offenses can result in three years in jail and $3,000 in fines. You can also receive 12 points on your license, and the license could be suspended.

If you receive a DUI, you could receive it “per se.” This means that your BAC level was high enough for the state to assume that you were intoxicated. You can be charged with and convicted of a DUI without the state actually having to prove that you were actually affected by the blood in your alcohol.

The state of Maryland makes arrests based on the BAC number, not on your actual level of intoxication. You may feel just fine after three beers, even if you blow a .08. Unfortunately, even if you think you aren’t drunk, you’re still going to receive a DUI charge because of that blood alcohol level.

The smartest decision you can make after receiving a DWI or DUI is to hire an experienced drunk driving lawyer. Attempting to defend yourself against a prosecutor, a police officer and a judge will likely end in disaster. An attorney, however, knows the ins and outs of the law and may be able to help you get a desirable judgment.

For instance, the attorney may be able to prove that the field sobriety test results were incorrect, or that the machine testing your blood alcohol level was malfunctioning. An attorney has ways and techniques to do so, which you likely do not.

Additionally, a lawyer may be able to help you receive a probation before judgment ruling, if you meet the requirements. You may not be able to get such a ruling on your own.

The lawyers of Jimeno & Gray, P.A., have many years of experience helping people just like you with their Glen Burnie DUI cases. Give us a call today to find out how we may be able to help. Request your free copy of the book The ABCs of DWIs in Maryland, written by attorney Gregory Jimeno, when you call.