Know Your Rights: Confessions and Voluntariness in Maryland 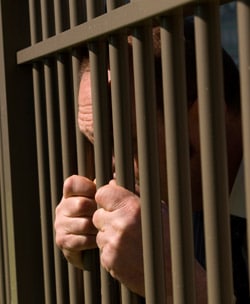 Have You Been Threatened or Intimidated into Confessing a Crime? Find Out About Voluntariness in Maryland

Voluntariness is a part of confession law that is similar to, but at the same time different from someone’s Miranda rights. When someone confesses to a crime, the Courts want to safeguard that person from coercive law enforcement conduct.

In order to gain a confession, law enforcement sometimes tricks a person into believing they have more evidence against that person than they do, like DNA or a video of the crime being committed. That is considered a valid law enforcement tactic. However, law enforcement can not make promises, threats, or inducements in order to get someone accused of a crime to confess.

The police can not make promises to someone accused of a crime that it would be better for them to confess. Although you may see it often on TV, that’s not the way things are supposed to happen in real life. This often dovetails into an inducement, like a police officer saying if you confess, I will only charge you with a lesser crime or the police telling someone they will talk to the prosecutor’s office and ask for leniency. Only the State’s Attorney’s Office can make binding promises, not law enforcement. Sometimes, a police officer is trying to be genuinely helpful to someone accused of a crime in saying they will try to help them. Sometimes, the motives of the police are not so pure.

The last area of voluntariness is perhaps the most often seen, threats. Often, overenthusiastic police officers will threaten someone that if they don’t tell them what happened, they will charge them with a series of serious crimes. This is simply a threat. Just as with promises, the police can not threaten someone and intimidate them into confessing.

The right to remain silent even if arrested or if in fear of an arrest is an important one, and a subject which is often the topic of litigation in serious cases.