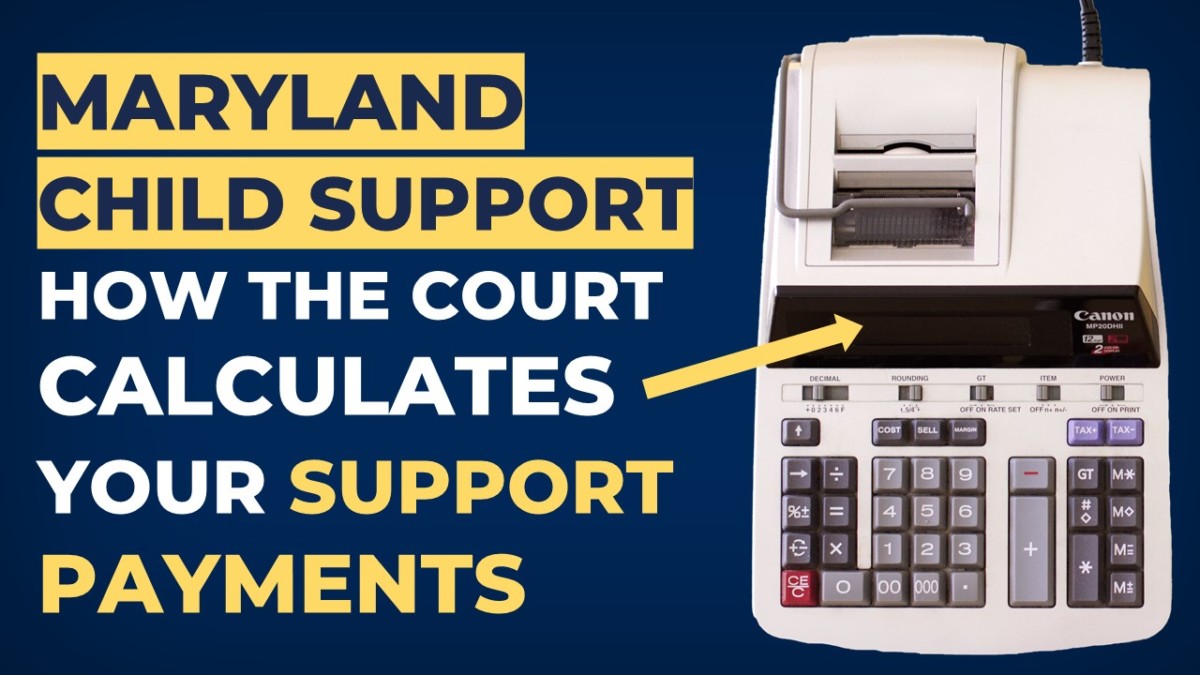 Many variables and factors go into determining child support, and child support obligations can vary widely from one family to the next depending on income, number of children, and expenses for the children. It is important to get the numbers right, because the calculator is only as good as the numbers we put into it. Don’t get caught paying too much, or receiving too little.

Maryland Child Support: How Do the Guidelines Work?

We created a detailed, helpful video explaining how the Maryland child support calculator software gives the court a formula for determining payments. Many variables and factors go into the payment calculations, and MD child support can vary widely depending on income, number of children, and much more.

Watch as we walk through some important explanations and as we run the numbers in some different scenarios in calculating child support. This is often referred to as the Maryland child support calculator, though it’s really just a set of guidelines to calculate payments:

There is a LOT of misinformation out there regarding the Maryland Child Support Guidelines and the applicable laws. Here are a few common myths:

(MYTH) I can get back child support since my child was born.

FALSE: An award of child support is backdated to the date of filing. This means if your child’s other parent requested child support in January, but the court did not formally order it until August, the court will make the obligated parent pay an amount every month from August forward, but will also assess an arrearage, which will be the amount that was not paid from January until August.

The obligated parent will pay not only the regular monthly amount, but will also have to chip away at that arrearage. The court cannot make an award of child support that goes beyond the formal pleading with the court asking for it.

(MYTH) My child’s parent and I have an agreement for me not to pay child support, there’s nothing the court can do about that.

FALSE: The vast majority of judges in Maryland believe that anytime the court deals with custody of minor children, either in a custody action or in a divorce, they must include a copy of the Child Support formula guidelines in the file and order child support from that formula in the order.

Judges are more lenient than others about allowing for deviations from that formula, and that can vary wildly from judge to judge.

Have question about custody or child support in the state of Maryland? Here are a few common questions and answers:

What information do I need to know to accurately calculate child support using the state’s formula?

You need the following:

Does my new spouse’s income count in the Child Support formula? In Maryland, the Child Support formula only takes into account the income of the parents. There are isolated examples of when payments made by a third party, such as a new spouse, can be added to the income of one of the parents, but in general the new spouses income is not included in the child support calculator.

There is no minimum amount of child support that has to be paid. There are circumstances when the court will make both parents generally charged with child support, which means no money passed his hands from one to the other. This almost always happens when the child support Calculator formula provides a nominal, small number per month.

Can my child’s parent be forced to pay extracurricular expenses like horseback riding or travel baseball?

No, Court cannot order extracurricular expenses to be paid by the other parent. What a court will often do is to make a parent pay agreed upon extra curricular activities , which means both parents have to consent before the child is signed up for these activities. Most commonly, parents negotiate who is going to pay what percentage of these agreed upon activities as part of the overall resolution of a child support issue. We can sometimes use these amounts instead of direct payments of child support to have the court order say that both parents are generally charged with child support.

Does the court care about my other expenses, like the other child support I’m already paying?

Child support that a party is already obligated to pay under a separate court order comes out of that parents’ income when calculating the adjusted gross income used in the Child Support formula.

In general, the court does not care about a parent’s ability to pay, or other debts. If the family’s above the maximum monthly threshold of the Child Support formula ($15,000.00 in combined income), The court could take into account the ability to pay or the other debt load of that parent, but they rarely do.

What Happens When You Don’t Comply With the Maryland Child Support Enforcement Program? 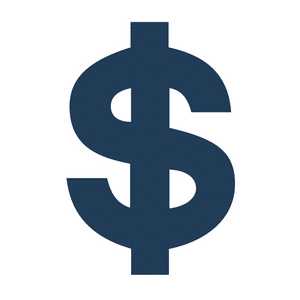 The organization has power to do many things. They can garnish wages if you’re not paying and work with your employer to make sure you don’t receive the amount you owe. This also includes withholding tax refunds, and even keeping them.

In Maryland they have the ability to contact the credit bureau to make sure it leaves some damage on your credit. One tactic that shocks many folks around Maryland is their ability to get a driver’s license suspended.

The organization has been forced to get stricter over the years with many parents making the decision to neglect child support.