Contact Our Law Firm to Get Us Started On Your Case

The dissolution of a marriage is extremely difficult, both physically and mentally. Along with coming to terms that the life you lead with the former person of your dreams is over, you also have to deal with the legal issues of divorce and sometimes lawsuits over children. If you live in Anne Arundel county and you need legal help our child custody lawyers can make a big difference in your case.

Deciding who gets the house, the car, the vacation property, and all of the other assets you shared is a tedious and often mind-numbing process. But there’s an issue that is even more important and stressful than all others when it comes to divorce: who will gain custody over a child.

As a parent, you want what is best for your child, but deep down you probably also want to spend as much time with her as possible. Determining who will gain custody over a child is often the most challenging aspect of divorce for most families, but knowing how a decision is made may help you feel better about the situation.

Types of Custody in Maryland In a perfect world, you and your ex would reach an agreement together about custody and both come out happy. Unfortunately, that isn’t always the case, particularly when one of the parties is bitter about the divorce.

When you can’t come to a mutual agreement, the court will make the decision for you. In Maryland, all custody situations have two components: legal custody and physical custody.

The parent who has legal custody is responsible for making long-term plans and decisions regarding education, discipline, religious training, non-emergency health care, and other matters of significance regarding the child’s welfare.

Physical custody pertains to whom the child spends time with, and who can make decisions for her regarding everyday matters.

A variety of custody types occur in Maryland, including:

If you believe that your child would benefit greatly by only living with you, or that the other parent is unfit to take care of her, you will likely petition the court to receive sole custody. Although you may think yours is the only acceptable decision, the court may not. The judge will look at many different factors when determining if living with just one parent is the appropriate choice.

Some of these factors may include: When both of the parents want to have active parts in the child’s life, they will likely ask the court for joint custody. In joint custody, the child goes back and forth between each parent’s home, and each have the responsibility of making decisions for the child. The three different types of joint custody are:

When determining if joint custody is a good choice for the child, the judge will look at:

Betrayal and the Battle for the Kids: How Adultery Affects Child Custody Your spouse was acting different than usual. Instead of coming home from work at the normal time, he was often a few hours late a couple of times a week. You noticed money missing out of your bank account, and you saw calls from an unrecognizable number on his cell phone.

You hired a private investigator and your worst fears were confirmed: he was cheating on you. You decided to seek a divorce immediately, and you assumed that since he committed adultery, you would have the upper hand in the divorce. For example, you thought you would automatically receive custody of your children. However, this typically isn’t the case.

A judge will likely not grant someone custody based on allegations or even proof of adultery. Just because someone is a bad spouse doesn’t mean he or she is a negligent parent. An Anne Arundel or Howard County court of law will take a variety of different factors into determining child custody and adultery typically isn’t one of them, unless the child was put in danger because of the adultery. For instance, cheating could hurt your chances of gaining custody if:

In Maryland, proving adultery doesn’t necessarily give you any advantages in regards to divorce, but it can help you obtain your divorce. Eyewitness testimony alone likely won’t be enough in the eyes of the law to prove your spouse’s infidelity. Even if your spouse admits to being unfaithful, that may not be enough.

Maryland law does not require you to show proof of actual intercourse, rather, you’ll need to provide evidence of disposition and opportunity.

The best interests of a child are most important when deciding child custody. Although you may be shed in an imperfect light when it comes to the court because of the adultery, it doesn’t necessarily mean your children wouldn’t benefit from you having custody of them.

Instead of examining your marital history, the judge will look at other factors, including:

If you seek joint custody, the court will also consider:

What Divorcing Parents Need to Know: The Difference Between Legal and Physical Custody of Children in Maryland 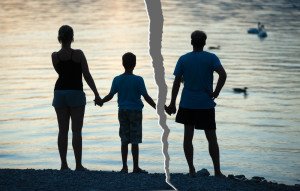 It’s bad enough when your husband or wife tells you he or she wants a divorce, but when the children come into play, things can seem even worse. You’ve built a life with someone who you thought would be your partner forever, and then you brought children into the scenario. Now it seems like the world you helped to create is crumbling down all around you.

Perhaps the most unfortunate aspect of divorce has to do with the children. They often don’t understand why their parents can’t be together anymore, and sometimes they believe it is their faults. Deciding who the children live with is often heart-wrenching, but knowing how custody is determined may help you feel better about the situation.
—Back to Top—

An Attorney Can Help

The easiest way to determine child custody arrangements, attempt to obtain custody of your child, figure out child support, and simply deal with all of these new developments in your life, is to obtain the help of a family attorney.

With divorce comes a variety of emotions, questions, and concerns. Navigating through these waters is often extremely difficult. The good news is you don’t have to do it alone.

The attorneys of Jimeno & Gray, P.A., have the experience you need for a legal battle with ex-family members. Our divorce attorneys have the experience, knowledge and dedication that it takes in a child custody battle. We empathize with all who are going through these difficult battles and we look to stand by your side.
—Back to Top—

How can the Court change custody in my case after the Court passed an Order? Answer: Even if the Court has already issued a final Order in a custody case, the Court always maintains jurisdiction over the children to modify its own Order. But, for the Court to take another look a child’s situation, a parent must allege that something significant has changed in the child’s life or one of the parent’s lives. The purpose of the requirement that something substantial change before a Court will re-examine a custody or visitation Order is to prevent parents from asking the Court to revisit their cases just because they do not like the original outcome.