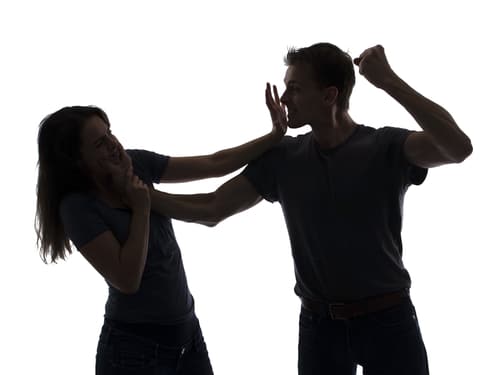 The police deal with domestic violence cases from a practical standpoint. If the circumstances are right, it is one of the few non-felony crimes a police officer can arrest someone for without a warrant even if they did not see the crime committed. The police may give the complainant information about resources available, including how to obtain a protective order or peace order on their own. They may advise a complainant to go to the District Court Commissioner’s Office to obtain criminal charges themselves. Or, they may arrest someone themselves.

There is no different or special crime of domestic assault, it just falls under the general crimes of first and second degree assault. But, domestic violence is such a sensitive area because if the person arrested and the person alleged to have been assaulted continues in a relationship, there is a potential for re-occurrence of the same problems again.

These cases present special problems for the Court system because it is not always so easy to separate the person arrested from the person alleged to have been assaulted pending trial. In a non-domestic assault case, the Court will often order the participants in the fight to stay away from each other pending trial. This is not so easy with domestic violence cases, because the people involved often live together or have children together. These cases require more knowledge of the Court system than other cases, because of their dynamics, and because the consequences for the Defendant if found guilty can be severe.

Judges, prosecutors and police all receive specialized training in these cases. Make sure to hire a criminal defense attorney who has a firm background in handling these cases.