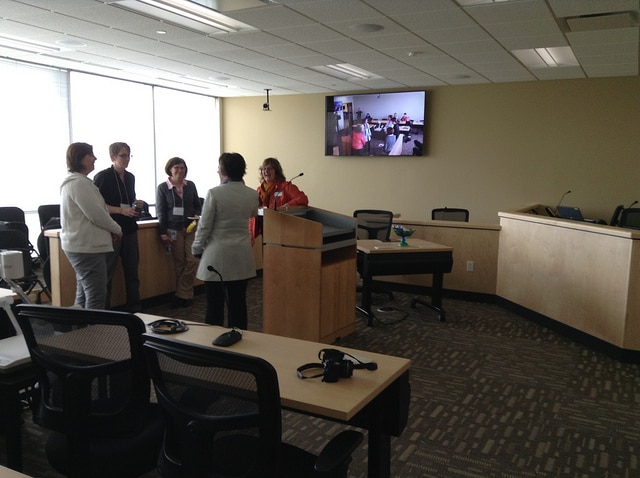 If you are pulled over and the officer believes that you are intoxicated and it is unsafe for you to drive, you will be arrested. From there, the process of trying to convict you of driving under the influence, or DUI, will begin. It is important that you know what to expect throughout this process, as well as the importance of legal representation. DUI trials are not only legally complex, but also intimidating for the defendant. Further, a DUI trial is one of the most important turning points in your life that could change your future forever. If the trial is not resolved in your favor, the consequences may be severe.

Arraignment: Your First Time Before the Judge

The first time that you step into the court and see a judge will likely be during your arraignment hearing. Most often, an arraignment hearing takes place the morning after you have been arrested on a DUI charge, although in some cases it may be scheduled for a later date.

An arraignment is the formal reading of the charges pending against you. During your arraignment, you will need an experienced DUI lawyer to represent you. (If you have not yet called an attorney, one will likely be appointed for you.) After the charges against you have been read, you are expected to enter a plea of guilty or not guilty. Your attorney should enter a plea of not guilty and request a jury trial. And so it begins.

Opening Statements During a Trial

If you go to trial for your DUI case, the first part of the trial will be the opening statements, given by both the defense (your party) and the prosecution (the state, which has brought forth charges against you). If your trial is just before a judge, this step may be skipped. However, you have a right to request a jury trial if the crime of which you have been accused carries a penalty of 90 days or more incarceration. If your trial is before a jury, a good DUI attorney will advise you not to waive your right to opening statements, as opening statements can set the tone for the entire trial and help to win the jury over right from the start.

Presentation of Evidence and Witness Testimony

After opening statements have concluded, evidence will be presented against you, and both you and the prosecution will have the option to call witnesses to the stand to support claims. It is common for the first person to testify before the court to be the prosecution’s witness, i.e. the police officer who arrested you. Both the prosecution and the DUI attorney who is representing you will get the opportunity to ask the witness questions. This is known as examination and cross-examination. A seasoned DUI lawyer will know exactly what questions to ask of the police officer who arrested you and any other witnesses the prosecution calls.

It is at this point that the prosecution will likely call you to the stand and question you before the court. It is important that you answer the prosecution’s questions honestly, and do not refuse to answer a question unless answering it would severely jeopardize your case. (You are protected from testifying against yourself under the 5 th Amendment to the United States Constitution.) Hiding information from the jury makes you look guilty, even if you are not.

Your testimony before the court will be one of the most influential components of the trial. An experienced DUI lawyer will help you prepare to give your testimony, including reviewing the questions you may be asked, so you are as comfortable as possible on the stand. When you testify before the court, be sure to look the jury in the eyes, remain honest, stay calm and polite, and remain professional at all times.

A skilled DUI lawyer will also help you identify any witnesses who may add credibility to your side of the story. The lawyer may question the witnesses, or simply allow them to explain to the court what they saw. The prosecution will then get a chance to cross-examine your witnesses.

After all evidence has been presented to the court and all witnesses have provided testimony, each side will get a chance to summarize their case before the court. Again, closing arguments are more important in jury trials than they are in trials that take place before a judge only. An experienced DUI lawyer will make a strong closing statement on your behalf.

After closing arguments, the jury will meet in order to go over all evidence of the case. Then, the jury will issue the decision — guilty or not guilty. If you are found to be not guilty, you will be free to go. Otherwise, a sentence will be handed down by the court that explains your criminal penalties.

Preparing Yourself for a DUI Trial

If your case is going to trial, you should do as much as you can to prepare yourself. Some tips for preparing for DUI trials include:

. It is very important that you dress appropriately for court — casual clothes, revealing clothes, sandals, and jeans are not appropriate. Attire should be business

● Practice testimony before court. Meet with your attorney and practice examination and cross-examination cases before the day of your court appearance. The more you practice, the better prepared you will be for anything that comes your way, including tough questions from the prosecution.

● Hire an Anne Arundel County DUI lawyer. Attempting to represent yourself during a DUI trial is ill advised. Not only will you be forced to grapple with a number of legal proceedings, paperwork, and requirements, many of which you may not understand, but you will also be responsible for recruiting your own witnesses, filing the proper motions before the court, understanding your legal rights, and preparing your testimony.

At Jimeno &amp; Gray, P.A., our experienced DUI attorneys know what it takes to fight back against DUI charges. To improve your case’s chances, do not wait any longer to contact us. We will get to work immediately on building a strong defense.