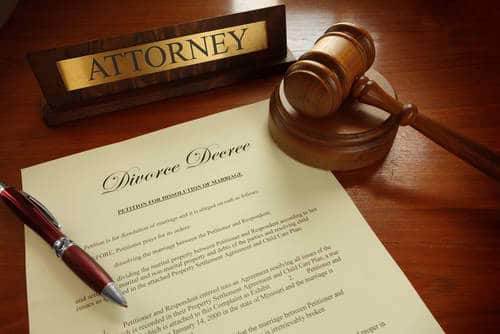 It may be surprising, but according to data gathered by the United States Census Bureau, divorce rates have been falling steadily. The rates are currently about five percent lower than when measured in 1996. Maryland rates as one of the states with the lowest rate of divorce in the 50 states, ranking 10th with an approximate 10 percent divorce rate.

It is difficult to definitively conclude why Maryland has such a low divorce rate. Nevada is the state with the highest rate of reported divorces, with 14.6 percent of the people who have married eventually being divorced. Presumably this could be because of the impulsive Las Vegas marriages that occur at any one of several all-night wedding chapels where bride and groom marry as a lark, or in an alcohol-fueled incident.

Actually, there is some support for the notion that divorce rates have fallen in the last 20 years due to the recessionary economy, and the concurrent rising cost of legal representation. When unemployment rises, and married couples experience financial hardship, there is often a tendency for couples to stay together in order to make ends meet.

Maryland fits the northeastern states model. What is not clear from the various studies are whether “divorced” people means currently divorced or divorced at one time. Another factor to consider is the rate of new marriages. Much like in the period between 1870 and 1900, when the total number of marriages rose, the total amount of divorces also rose. This is primarily because more marriages means more divorces. For example, if the divorce rate is 10 in 100, and there are 1,000 marriages in a given year, there will be a total of 100 divorces in that year. If the divorce rate or percentage remains the same, and there are 2,000 marriages, the amount of actual divorces will double, to 200 for that given year.

According to census data, marriages are on the rise, going up three percent from 2011 to 2012. Researchers say it is the college-educated residents who are getting married and driving these numbers up. So, if marriage rates are up, and divorce rates are down, it appears that the divorce rate is falling. Maryland may owe its distinction as one of the lowest divorced states to its status as an educational center, and the fact that it is in the historically low-divorce area of the northeast, and the sluggish economy keeping couples together longer, out of financial necessity.

If you are considering divorce, it is important that the process is managed with the help of a qualified and experienced divorce lawyer. A marriage is a legal contract, and even the most amicable split will have many critical issues to resolve, including the division of assets, child custody and child support, and whether any spousal support should be paid by one party to the other. There are tax implications, and even issues such as who keep a family pet can and do arise.

With the help of Jimeno& Gray, P.A., your rights and interests will be protected. With extensive experience in divorce and family law, our firm can negotiate the terms of a divorce settlement, or when necessary, advocate for your interests in court with professional skill. Call today.