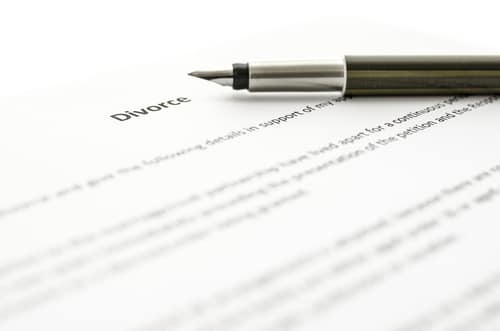 The Numbers Game: What Age Gaps Say About the Likelihood of Divorce

In the movies, viewers often see two star-crossed lovers fighting the odds and making their relationships last. Many films feature May-December couples who are much different in age and somehow make it last. When the credits role, we are left thinking that love conquers all and that anyone can make it work if they just put in the effort, but is this realistic?

Is Age Really Just a Number?

The Bravo show Girlfriends’ Guide to Divorce, features newly-separated Abby dating much younger Will. Abby is painfully aware of the age difference, but Will doesn’t seem to mind. This may give hope to older women who are looking for younger loves, but their bubbles may become quickly deflated, says a new study.

According to data in a recent study of 3,000 people by Hugo Mialon and Andrew Francis, professors in the Department of Economics at Emory University, large age gaps increase the chances of divorce among married couples.

Why Age Plays Such a Large Role

When it’s love at first sight, couples don’t think about much else, particularly their age gaps. Unfortunately, some of the issues that come with age differences can’t be overlooked.

What goes on in the bedroom often plays a big factor in a couple’s success. While two people of or close to the same age likely share the same beliefs and likes when it comes to what goes on between the sheets, those with large age gaps may not, which can spell trouble.

When these needs aren’t met, partners often look outside the marriage to become satisfied. They may also become resentful and unhappy, and ultimately leave because of it.

Wanting children with someone who doesn’t want them is often a deal breaker. Many younger women who marry older men desire to have children, while the males do not. Even if the male partner makes his unwillingness to have children known, women may go through with the marriages because they believe their husbands will change their minds. They may also feel they can put their want for children on the back burner, but inevitably, this desire rises later on and the women become resentful and leave.

Children from previous relationships can also play a negative role in the marriage, particularly when they are close in age to their parent’s partner. The children may never accept the new stepparent in their lives and can make things very difficult and tense.

Those who grow up in the same day and age often have similar likes and dislikes. They also often enjoy the same activities, and movie and music genres. They also may share the same cultural and religious beliefs. Couples with large gaps may find that they have far too many things they don’t agree on, and these issues may not come out until after the wedding. Partners often look to others who they have more in common with, or simply leave.

In general, an older partner is more established financially than one who is younger. This person has had more time in the job market, and having experience often pays. Furthermore, they have had a chance to save, and the younger partner may not have. The older person may find him or herself having to take more responsibility when paying bills, which can leave him or her feeling unfairly treated.

On the other hand, the person who isn’t contributing as much financially may feel inadequate, which could drive a wedge into the relationship. Those who are the same age may have more in common when it comes to finances.

Don’t Jeopardize Your Future Because of Your Divorce

Getting a divorce isn’t for the faint of heart. You’ll experience emotions and other situations you never had to before. If you don’t have an experienced attorney on your side fighting for your rights, your financial future could be jeopardized.

The attorneys of Jimeno and Gray will work hard for you to attempt to get the terms you desire. We have helped many folks in the Glen Burnie, Annapolis, and Columbia areas in their divorces and feel we may be able to do the same for you. Contact us today to learn how.